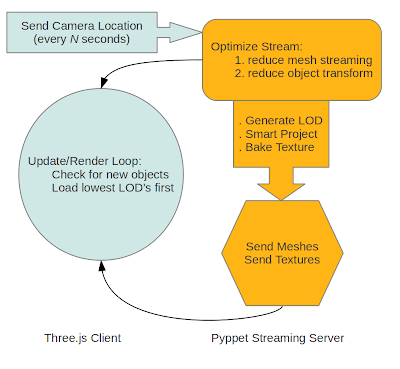 Another feature in development is streaming curve data, and later on other types of shapes. This can also greatly reduce server bandwidth because only the control points of the curve need to be streamed, the extrusion to triangles is all done client-side.
Posted by raptor at 12:30 AM 2 comments: